Back to Steranka Sports Blog
Cheering A 22% Jump in Golf's Economy; Whats Behind the Numbers
By: Joe Steranka, Chief Strategy Officer 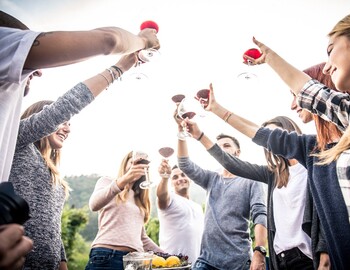 A new golf economic impact study released in late April by We Are Golf laid to rest any lingering concerns about the economic resiliency of the golf industry. As leaders from virtually every sector of the business visited Congress and federal agencies for National Golf Day, the report by TEConomy, announced a 22% growth in annual economic output related to golf from 2011-16 to $84.1 Billion. I read the full 28 page report  and my big  "behind the numbers" takeaway centers on the sport's most valuable customer, the Committed Golfer.

The National Golf Foundation shifted our focus from avid-core-infrequent golfers as they noticed that spending on golf did not necessarily track participation frequency. Instead they highlight the vitality of the roughly 20 million people that consider golf a key part of their life and drive the vast majority of rounds played and spending.  Committed Golfers account for 83% of all rounds and 85% of all dollars spent. They are overwhelmingly comfortable with golf as a lifestyle and are confident in their playing skills, despite average scores in the low to mid 90s.

My analysis of the new report by TEConomy illustrates just how influential this group of best customers is. Firstly, let's stop and ponder how a 22% increase in the golf economy is possible when all we've heard are dire forecasts due to declining golfers and more golf courses closing than opening. Yes, the study showed that

the total number of people playing on a golf course declined by 8% from 2011-2016 to 23.8 million traditional golfers and that nearly 1 out of every 20 golf courses closed during that same span. So how did the golf economy grow by $16 billion to $84.1 billion? Enter the Committed Golfer. These folks are going to play golf somewhere and as their household income skews considerably higher than the average American, they have more discretionary income to spend on the things they love.

Their love of golf, higher spending habits and a continued path toward right-sizing supply (700+ course closures) vs demand helped fuel a

16% increase in operating revenues from traditional golf facilities (courses and ranges). Yes, the strong survived and average annual revenue per course grew by double digits ranging from +11% (municipal courses) to +36% (resorts). The remaining courses also upped their games in terms of service, resulting in approximately 40,000 more jobs in this sector.

there was a slight 1.5% decline in the number of golf real estate communities, the hardy appetite for golf course residences and lifestyle more than doubled new golf home sales and the golf premium on existing home sales grew by 30%. Total real estate impact topped $9 billion, up from $4.7 billion in 2011.

As the experiential economy continues to grow faster than the material side, taking golf vacations to farther away, more exotic (and more expensive) destinations boomed. Again, our best customers drove increases in golf tourism. Despite an 11%  drop in golf trips to nearly 103 million -- paralleling the 8% decline in traditional golf participants -- the CAGR for golf tourism was a +4.6%. The average spend per day trip leaped 61% to $74 while overnight trips were up 39% to $350. Buffalo.Agency works with some of golf's leading destinations and many are reporting record revenues.

Now even though I believe this upward trend will continue in ‘17 and ‘18, golf should maintain its resource investments to introduce younger, more diverse people to the game. But for now let’s cheer a positive report on the state of the golf industry. Joe